The Department for Culture, Media & Sport announced in a press release on the 14th Jan that the creative industries contributed well over 5% to the UK’s economy in 2012, that’s well over £8 million an hour. The creative industries outperformed all other sectors of UK industry, and accounted for 1.68 million jobs in 2012, that’s 5.6 per cent of UK jobs. Secretary of State for Culture, Media and Sport, Maria Miller commented:

“We are committed to ensuring that the energy, innovation, skills and talent existing in this dynamic sector continues to translate into economic success, and provide a remarkable platform from which we can showcase Britain to the world.”

So tell me, Right Honourable Michael Gove Member of Parliament, Secretary of State for Education, what on earth are you doing? How can overhauling the GCSE examination system, and cutting out creative subjects be a good idea, not only for the future of creative industries in the UK, but for well-balanced individuals in society? The words short-sighted and lunacy spring to mind. I refer any readers to Bob and Roberta Smith’s Letter to Michael Gove MP of 25th July 2011 (see below and the link for the transcribed version)… 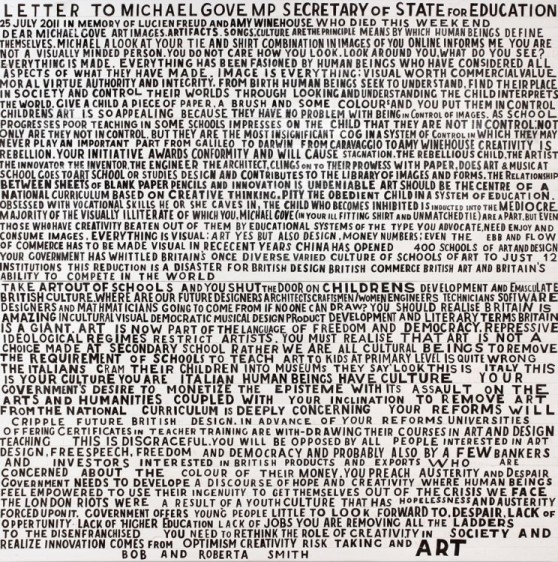 Bob and Roberta Smith (one man) launched the Art Party with Crescent Arts, Scarborough in 2013. The Art Party isn’t a formal political party, it’s made up of a loose grouping of artists and organisations all deeply concerned about the Government diminishing the role of all the arts and design in schools, and consequently seeks to better advocate the arts to Government (look out for Art Party the Movie, which will be released this summer).

I stumbled across a quote from Lord Puttnam, Chair of the Cultural Learning Alliance, on the CLA website and I’d urge us all to think long and hard about his words and the way that we (as individuals) vote and lobby,

“If we fail to offer our young people the opportunity to participate in the arts and culture, then we fail to support them in becoming the leading thinkers, innovators, creative business and community leaders of the future.”

Well, it would seem that the tumbleweed of failure to do just this has already started blowing over the UK. Government funding cuts and a move to banish art lessons from schools made 2013 a deeply sad year for creative education, and for the UK’s future more broadly.

Imagine being an 18 year old aspiring art student, and trying to make a case to your parent/guardian for going to art school TODAY. Imagine making the case in the context of huge cuts to the Arts Council, high tuition fees, and a cost of living crisis. It comes as little surprise to hear that, according to the latest available data from UCAS, the number of applications of students applying to study creative arts at university fell by 17% from 2011 to 2012.

Backed up by nothing other than my own observations I’ve always felt (perhaps controversially) that artists are largely those that have everything or nothing to lose – the determined offspring of the upper (mainly) and lower (occasionally) classes. Leaving the middle-classes to graduate from art school and move neatly into arts admin / arts management roles (after juggling a lot of part-time jobs and voluntary internships).

In short, it seems to me that this gap is only going to grow ever wider, popping out the middle classes (and probably the majority of lower classes too) like a ripe pustule, with increasingly fewer individuals given the opportunity to study art at school, fewer still prepared to ‘take a chance on’ post-compulsory arts education, a minute number going on to have a career in the creative industries, leaving the UK with a limping, dull and lifeless creative industry. Sounds ideal for all involved, doesn’t it? Nope, no it doesn’t… and thank goodness there are people out there kicking up a stink to try to stem this from happening (see a few links below illustrating this):

So, whilst all is not yet lost, it’s important to soldier on; and in the words of Shelly Asquith,

“Make more art! It sounds obvious, but creating work that communicates progressive ideas is the best way to influence our communities.”

I’m inclined to think that Bob and Roberta Smith might agree. So, what support networks are there out there for early-career artists? How does one make one’s case for going to art school to aforementioned parent / guardian? Well, it seems to me that certain tools, platforms, and networks are playing an increasingly important role in supporting early career artists, and artists throughout their careers… and the bonus is that many of these are open access, providing you’ve got sufficient nous and initiative to get involved with them and use them effectively.

Apologies, if you read my last post on here and I appear as though I’m trying to get the Oxford City Council Culture Team into bed. I’m not, but I do think that they’re doing a really great job at the moment. Last year, for example, they took inspiration from The Collect, Bristol (who run an initiative called Spoon Fed) and founded Create Oxford a peer-to-peer culture microfunding and collaboration event and network for creatives living and working in Oxford. Check it out – it’s brilliant, and a great way to raise funds.

In addition to this Oxford City Council’s Culture Team, headed up by Dr Ceri Gorton (previously a Relationship Manager with Arts Council England), also organises regular forums offering skills development for creative entrepreneurs, and informal arts marketing networking nights – so it would seem that local government are doing their bit to prop up the arts in Oxford. Then there’s Oxfordshire Artweeks, who are doing their bit too. Ok, so it’s a members only organisation, and it ain’t cheap to join, but it is the country’s biggest, oldest (and I’d stick my neck out and say most commercially successful) open studio arts festival and by Jove do you get your money’s worth from a promotional perspective, and Oxfordshire Artweeks does offer its fair share of hand holding too – check out their help and resources page, and sign up to become a member and find out about the introduction to social media workshops etc. that they offer.

I could go on about Oxford-centric stuff, but that wouldn’t be very helpful as all artists need to look further afield than their doorstep if they’re to prosper… and they need to think commercially (she says whilst hearing her Dad’s voice echo in her head “Do as I say, not as I do!”). Regardless, I recently interviewed Paul Hobson, the new Director of Modern Art Oxford, previously of the Contemporary Art Society for The Oxford Times, who commented on nurturing early-career talent, and the culture of sustainable arts practice:

“It’s about providing a platform for artists who’ve trained in a city, choose to remain living here, and want to be visible. It’s also about developing the audience for those artists and acting as a platform for them to have visibility in other influential centres, such as London. Where we are attracting audiences who are interested in contemporary art, there’s an opportunity to develop those into people who might also buy art. I want to look at how we can develop the economy and ecology of art in Oxford.” 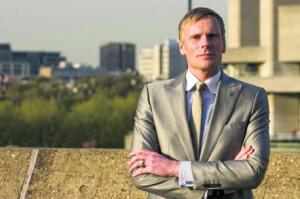 With this at the back of my head I thought it would be interesting to trot along to London Art Fair last week to see what their exhibitors had to offer, and how they were engaging in this process on a more national and international level.

My first stop was the Axisweb stand #P27 (I noticed on Twitter that they were using #P27 to highlight the location of their presence at @LondonArtFair to their followers). Axisweb is the curated showcase for UK contemporary art designed for artists and art professionals. It costs £28.50 per year to become a member, and in exchange they help you make connections, find work/ commissions, and stay informed. I’m a fan of Axisweb, I think it’s a pretty invaluable tool, and this is why…

So what were they up to at London Art Fair? Well, busy doing a pretty good job at promoting and supporting their members from what I saw. I arrived at the stand to overhear an artist appear for one of the 1-2-1 surgeries that Axisweb were running with their members during the fair offering advice on how to improve digital presence.

Works by the following artists were on display at the stand: Clive A Brandon, George Charman, Tom Hackney, Virginia Verran (who was Axisweb’s Artist of the Month: November 2013), and Wendy Saunders. There was information available to take away about membership, and there was a plethora of information available to take away promoting Axisweb artists showing at other stands present at the fair, as well as further afield around London, online and on social media. Whilst that evening they were hosting a members party, providing a chance for members to meet and socialise whilst browsing the show – was there any free booze on offer, I don’t know, but regardless it felt as though members were getting their £28.50’s worth!

Axisweb aside, other stuff that I spotted that I thought would be useful to early career artists included The Catlin Guide, a hard-copy limited edition collection highlighting the work of forty of the most promising new graduate artists in the UK (according to Justin Hammond, selector and editor of the guide).

Photographers should check out the Crane Kalman Gallery in Brighton as they run an annual exhibition (un)imaginatively entitled Cream Graduate Showcase.

Another Brighton-based gallery, Ink_D, were doing a great job promoting the early and mid career artists that they represent covering labels in red dots through employment of the brilliant Own Art scheme. LOVED Paul Scott‘s work – check it out… 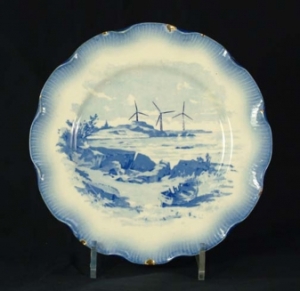 Visitors were literally crawling over one another to check out works (and by the look of all those red stickers invest in work) from the Young Masters Art Prize presented by The Cynthia Corbett Gallery. So in terms of getting yourself represented, make sure you’re on Cynthia’s list – Cynthia can sell!

In summery, there’s enough help out there, and in the words of Jimmy Cliff, You Can Get It If You Really Want, but you must try, try and try. Try and try, you’ll succeed at last!

To Michael Gove, sort it out before it’s too late and you ruin everything for everyone, dude! What you’re doing is not big, and it’s definitely not clever.